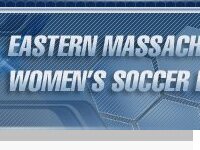 The Eastern Massachusetts Women’s Soccer League is a non-profit organization that has been in existence for over 20 years.  At it’s inception, the EMWSL was simply two teams determined to enjoy the game of soccer.  The League has grown and evolved to include 60+ teams and approximately 1200 women.  Currently, the EMWSL has four divisions representing different playing levels ranging from recreational to highly competitive.